Using Microsoft Napa Office 365 Developer Tools these permissions can be set in the properties of the app using some kind of slider.

After installing the app this is the result: 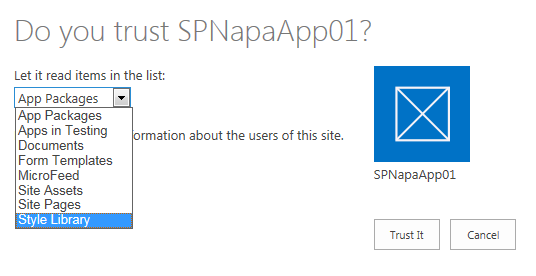 A better approach would be to help the user pick a specific (kind of) list, not letting the user pick from all lists in the web. This can be accomplished by editing the AppManifest in Visual Studio through a nice looking designer: 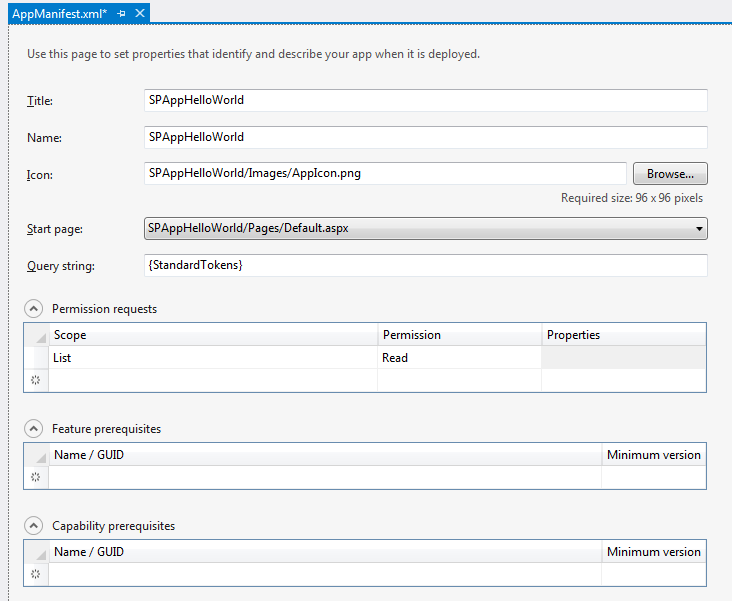 At the Permission requests section the column Properties a BaseTemplateId can be filled in to filter the lists the user can choose from. The BaseTemplateId is the numerical equivalent of the list base template, for example 100 represents a generic list, 101 a document library.

It looks like multiple properties can be defined, and you can:

but an additional BaseTemplateId won’t recognized and the filter of list types isn’t amended to the property settings.

You aren’t able to add another List scoped permission request in the designer, other scoped items can be added, also once per AppManifest.

The xml can be amended with another List scoped permission request, but only the first one defined is active.

One gotcha: Once the app is installed and permissions link is selected there is no possibility to view the list its current permission setting. The first list in the dropdown is selected…

Request permissions of the app: 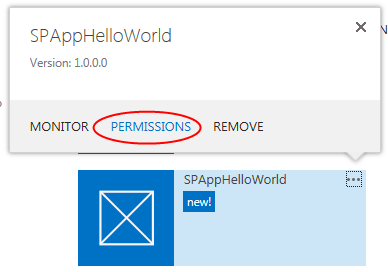 Disclaimer: SharePoint 2013 is in preview at time of this writing, so things may change between now and release date.